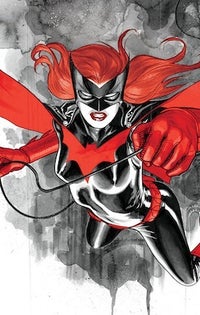 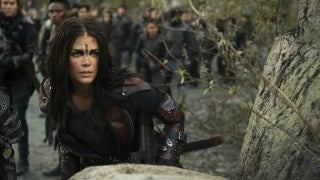 Share.
A mage, a cleric, a healer, and a sword-wielding hipster walk into a bar...
By Joey Esposito

Since the get-go, we've been loving Image's hit series Peter Panzerfaust, written by Kurtis Wiebe and drawn by Tyler Jenkins. A few weeks back, Wiebe started teasing an all-new series to come, which promised an intriguing mixture of Tolkien and comedy. Revealed at C2E2 last weekend, this new series is called Rat Queens -- to be drawn by Roc Upchurch -- and will launch from Image's Shadowline imprint in September.

We caught up with Wiebe for the details on the upcoming series, and you can see some earlier preview pages below. 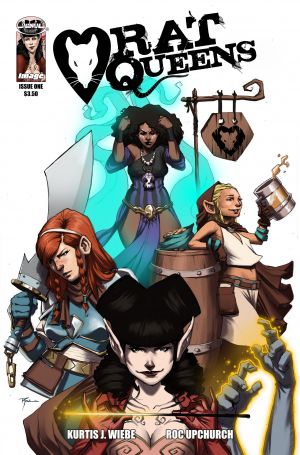 IGN Comics: You've described Rat Queens as "Lord of the Rings meets Bridesmaids," so would calling it a raunchy fantasy comedy be appropriate?

Kurtis Wiebe: There’ll definitely be a few of those types of scenes in the series, but it won’t be an overused gag. This is an action comedy series but with the long form storytelling I have in mind, it’ll also have moments of drama. I suppose you could also use Buffy or Angel as a touchstone; there’s lots of action and funny moments but as the story progresses, things get real and characters drive the drama.

Wiebe: Rat Queens is a comic series that follows four lady legends waist deep into rivers of blood in the endless quest for gold, guts and grog.

That’s a little tagline I came up with for the Facebook page, I think it sums it up nicely. Really, it’s an action comedy story about four women who form an adventuring party called the Rat Queens and go on quests to slay monsters for gold. Then they throw parties and cause general mayhem in their hometown of Palisade.

We have: Hannah, an Elven Mage who’s equal parts Rockabilly and sadist. Dee acts as the resident healer and is the only human of the group. She also happens to be an atheist Cleric. Violet is the blood bringer, the sword swinging hipster fighter who hates the upper class more than goblins. Finally, there’s Betty who grew up in a hippie commune with dozens of other Hobbit families and has, between bouts of drinking and mushrooms, learned the skills of a thief.

I suppose it’s obvious at this point that this is a love letter to my years of D&D (oh Baldur’s Gate, I still play you to this day) and fantasy but tweaked ever so slightly with a modern twist.

IGN: Originally this was going to be a Kickstarter project for you. How'd it wind up with Image/Shadowline?

Wiebe: I had this idea that I wanted to start my own company and make Rat Queens my first title. Also, given the tone and genre of the series, I wasn’t sure many publishers would be interested. So, a lot of assumption on my part.

A week before the Kickstarter announcement was to happen at C2E2, I sent the pages and pitch to Jim Valentino at the recommendation of a friend. Jim liked it and greenlit it ten minutes later. Really, I’m leaving this in very capable hands. Jim has shown me incredible support and has decades of experience. Leaving the heavy lifting to a comic veteran allows me to focus on the writing, which is what I enjoy most anyway.

IGN: You’ve got a collaborative partner on this project, the artist aside. Can you talk a little about that relationship?

Wiebe: Meg Dejmal brought a lot of great ideas into the original concept I had. I wrote up a basic outline for each character and we’d discuss notes and she would offer some insights or suggestions to make them more interesting, complex or even relatable. She also helped refine the tone so that we got the absolute most out of the setting.

While I’ll be writing the print series, Meg and I will be co-writing a weekly webcomic that begins in June on our Facebook page.

IGN: How did Roc Upchurch get involved with the project?

Wiebe: I met Roc randomly at NYCC in 2011, coincidentally, the same weekend I met you. It was at a stoplight walking home after the con and the writer on his Image series Vescell got the conversation rolling. We all hit it off and Roc and I have been in touch since then. Last year I did a pitch with Roc called the Goblinettes that never really materialized.

We both enjoyed the process of working together so after getting ahead on my other comics -- mainly after Grim Leaper and Debris wrapped up -- I emailed Roc about starting up a new project. You can see in the sample teasers and pages why I want to work with him. His storytelling and character design is impeccable.

IGN: You wrote a really nice blog post about the presence of Peter Panzerfaust at C2E2. Given that writing is such a solitary thing, how does a reaction like that affect you as a writer?

Wiebe: Honestly, I’m still overwhelmed with the amount of support the readers have shown me. It’s been this constant encouragement since Green Wake was canceled last year. So many tweets about fans spreading the word about my books to help me out, emails, chats at conventions.

I love where I’m at in life and so much of this recent success is because there are people out there who believe in my work and support me every step of the way.

IGN: Anything you want to add about Rat Queens?

Wiebe: Rat Queens is a title I’m super excited about. This is a series I’ve wanted to write for years but never felt quite ready to do it. We’ve got huge plans for Rat Queens, both short term and long term.

This is an ongoing series as well, with 10 issues a year coming out with 2 month breaks in between to get caught up on the art. At this point I have enough material for years of stories.

Also, lastly, as I mentioned, starting the first Wednesday in June we’ll be releasing a weekly webcomic on our Facebook page leading up to the release of Issue #1 in September. It’ll be a good introduction to our world and the four leading ladies.

Joey is a Senior Editor at IGN and a comic book creator. Follow Joey on Twitter @JoeyEsposito, or find him on IGN at Joey-IGN. After Man of Steel comes out, his life will lose all sense of direction and purpose.