ON TV
ON DISC
ALL
Dominic Toretto and his crew of street racers plan a massive heist to buy their freedom while in the sights of a powerful Brazilian drug lord and a dangerous federal agent. 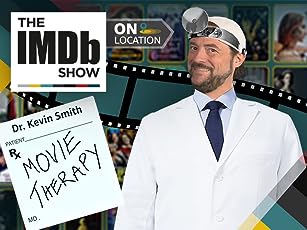 Up to Speed: 25 Race Car Movies to Get Your Motor Running
a list of 26 images
updated 11 months ago

Search for "Fast Five" on Amazon.com

Hobbs has Dominic and Brian reassemble their crew to take down a team of mercenaries: Dominic unexpectedly gets convoluted also facing his presumed deceased girlfriend, Letty.

Brian O'Conner, back working for the FBI in Los Angeles, teams up with Dominic Toretto to bring down a heroin importer by infiltrating his operation.

Deckard Shaw seeks revenge against Dominic Toretto and his family for his comatose brother.

Los Angeles police officer Brian O'Connor must decide where his loyalty really lies when he becomes enamored with the street racing world he has been sent undercover to destroy.

Former cop Brian O'Conner is called upon to bust a dangerous criminal and he recruits the help of a former childhood friend and street racer who has a chance to redeem himself.

A teenager becomes a major competitor in the world of drift racing after moving in with his father in Tokyo to avoid a jail sentence in America.

When a mysterious woman seduces Dom into the world of terrorism and a betrayal of those closest to him, the crew face trials that will test them as never before.

An ancient struggle between two Cybertronian races, the heroic Autobots and the evil Decepticons, comes to Earth, with a clue to the ultimate power held by a teenager.

Sam Witwicky leaves the Autobots behind for a normal life. But when his mind is filled with cryptic symbols, the Decepticons target him and he is dragged back into the Transformers' war.

The Autobots learn of a Cybertronian spacecraft hidden on the moon, and race against the Decepticons to reach it and to learn its secrets.

In the aftermath of a massive earthquake in California, a rescue-chopper pilot makes a dangerous journey with his ex-wife across the state in order to rescue his daughter.

This is a short film which is a prequel to Fast and Furious involving the fugitive ex-convict Dom assembling his crew in the Dominican Republic to plan a hijacking of a road train gasoline tanker truck.

Former cop Brian O'Conner partners with ex-con Dom Toretto on the opposite side of the law. Since Brian and Mia Toretto broke Dom out of custody, they've blown across many borders to elude authorities. Now backed into a corner in Rio de Janeiro, they must pull one last job in order to gain their freedom. As they assemble their elite team of top racers, the unlikely allies know their only shot of getting out for good means confronting the corrupt businessman who wants them dead. But he's not the only one on their tail. Hard-nosed federal agent Luke Hobbs never misses his target. When he is assigned to track down Dom and Brian, he and his strike team launch an all-out assault to capture them. But as his men tear through Brazil, Hobbs learns he can't separate the good guys from the bad. Now, he must rely on his instincts to corner his prey... before someone else runs them down first. Written by Universal Pictures

Feel the Speed. Feel the Rush.

Rated PG-13 for intense sequences of violence and action, sexual content and language | See all certifications »

Because of the negative reaction from car enthusiasts regarding the use of CGI backgrounds and locations, Justin Lin insisted "Fast Five" has a limited use of it, to focus more on practical effects. See more »

Nearly the whole time that Elena is wearing Dom/Letty's cross necklace, it is very short around her neck. If it were this short in reality, Dom could never wear it; it would practically choke him if he could get it on at all. But when Elena returns to her home right after she and the others try to arrest Dom and Brian, it is much longer, hanging at breast length. But even that would be too short for her to have doubled around her neck before. See more »

[first lines]
Judge: Dominic Toretto. You are hereby sentenced to server 25 years to life at the Lompoc Maximum Security Prison system, without the possibility of early parole.
See more »

The credits begin with cg race between Brian and Dom. See more »

I enjoyed the movie so much, that I came onto IMDb and registered myself just so that I can post a review.

The movie was packed with jaw dropping, eye popping action from beginning to end. The drama had a mix of sadness, comedy and seriousness which were all mixed in together so beautifully to give a consistency to keep the viewer starring at the screen and being involved in the movie rather than daydreaming about other things.

In my honest opinion I would say that it is the best Fast & Furious movie to date.

I want to go see it again!

(by the way, I realise that this isn't the best review in the world or might even be an awful review, the point is that I enjoyed the movie thoroughly and felt I should contribute to it's high average ratings).