Find out how Martin Luther King’s “I Have a Dream” speech became an impromptu addition to the March on Washington.

The civil rights movement was a struggle for social justice that took place mainly during the 1950s and 1960s for blacks to gain equal rights under the law in the United States. The Civil War had officially abolished slavery, but it didn’t end discrimination against blacks—they continued to endure the devastating effects of racism, especially in the South. By the mid-20th century, African Americans had had more than enough of prejudice and violence against them. They, along with many whites, mobilized and began an unprecedented fight for equality that spanned two decades. 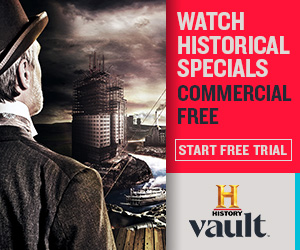 During Reconstruction, blacks took on leadership roles like never before. They held public office and sought legislative changes for equality and the right to vote.

In 1868, the 14th Amendment to the Constitution gave blacks equal protection under the law. In 1870, the 15th Amendment granted blacks the right to vote. Still, many whites, especially those in the South, were unhappy that people they’d once enslaved were now on a more-or-less equal playing field.

To marginalize blacks, keep them separate from whites and erase the progress they’d made during Reconstruction, “Jim Crow” laws were established in the South beginning in the late 19th century. Blacks couldn’t use the same public facilities as whites, live in many of the same towns or go to the same schools. Interracial marriage was illegal, and most blacks couldn’t vote because they were unable to pass voter literacy tests.

Jim Crow laws weren’t adopted in northern states; however, blacks still experienced discrimination at their jobs or when they tried to buy a house or get an education. To make matters worse, laws were passed in some states to limit voting rights for blacks.

Moreover, southern segregation gained ground in 1896 when the U.S. Supreme Court declared in Plessy v. Ferguson that facilities for blacks and whites could be “separate but equal.”

Prior to World War II, most blacks were low-wage farmers, factory workers, domestics or servants. By the early 1940s, war-related work was booming, but most blacks weren’t given the better paying jobs. They were also discouraged from joining the military.

After thousands of blacks threatened to march on Washington to demand equal employment rights, President Franklin D. Roosevelt issued Executive Order 8802 on June 25, 1941. It opened national defense jobs and other government jobs to all Americans regardless of race, creed, color or national origin.

Black men and women served heroically in World War II, despite suffering segregation and discrimination during their deployment. Yet many were met with prejudice and scorn upon returning home. This was a stark contrast to why America had entered the war to begin with—to defend freedom and democracy in the world.

As the Cold War began, President Harry Truman initiated a civil rights agenda, and in 1948 issued Executive Order 9981 to end discrimination in the military. These events helped set the stage for grass-roots initiatives to enact racial equality legislation and incite the civil rights movement.

On December 1, 1955, a 42-year-old woman named Rosa Parks found a seat on a Montgomery, Alabama bus after work. Segregation laws at the time stated blacks must sit in designated seats at the back of the bus, and Parks had complied.

When a white man got on the bus and couldn’t find a seat in the white section at the front of the bus, the bus driver instructed Parks and three other blacks to give up their seats. Parks refused and was arrested.

As word of her arrest ignited outrage and support, Parks unwittingly became the “mother of the modern day civil rights movement.” Black community leaders formed the Montgomery Improvement Association (MIA) led by Baptist minister Martin Luther King Jr., a role which would place him front and center in the fight for civil rights.

Parks’ courage incited the MIA to stage a boycott of the Montgomery bus system. It lasted 381 days until segregated seating was declared unconstitutional by the Supreme Court.

In 1954, the civil rights movement gained momentum when the United States Supreme Court made segregation illegal in public schools in the case of Brown v. Board of Education. In 1957, Central High School in Little Rock, Arkansas asked for volunteers from all-black high schools to attend the formerly segregated school.

On September 3, 1957, nine black students, known as the Little Rock Nine, arrived at Central High School to begin classes but were instead met by the Arkansas National Guard (on order of Governor Orval Faubus) and a screaming, threatening mob. The Little Rock Nine tried again a couple weeks later and made it inside but had to be removed for their safety when violence ensued.

Their efforts, however, brought much-needed attention to the issue of desegregation and fueled protests on both sides of the issue.

Even though all Americans had gained the right to vote, many southern states made it difficult for blacks. They often required them to take voter literacy tests that were confusing, misleading and nearly impossible to pass.

Wanting to show a commitment to the civil rights movement and minimize racial tensions in the South, the Eisenhower administration pressured Congress to consider new civil rights legislation.

On September 9, 1957, President Eisenhower signed the Civil Rights Act of 1957 into law, the first major civil rights legislation since Reconstruction. It allowed federal prosecution of anyone who tried to prevent someone from voting. It also created a commission to investigate voter fraud.

Despite making some gains, blacks still experienced blatant prejudice in their daily lives. On February 1, 1960, four college students took a stand against segregation in Greensboro, North Carolina when they refused to leave a Woolworth’s lunch counter without being served.

Over the next several days, hundreds of people joined their cause. After some were arrested and charged with trespassing, protestors launched a boycott of all segregated lunch counters until the owners caved and the original four students were finally served at the Woolworth’s lunch counter where they’d first stood their ground.

Their efforts spearheaded peaceful demonstrations in dozens of cities and helped launch the Student Nonviolent Coordinating Committee to encourage all students to get involved in the civil rights movement.

Arguably one of the most famous events of the civil rights movement took place on August 28, 1963: the March on Washington. It was organized and attended by civil rights leaders such as A. Philip Randolph, Bayard Rustin and Martin Luther King Jr.

More than 200,000 people, black and white, congregated in Washington, D. C. for the peaceful march with the main purpose of forcing civil rights legislation and establishing job equality for everyone. The highlight of the march was King’s speech in which he continually stated, “I have a dream…”

King’s “I Have a Dream” speech quickly became a slogan for equality and freedom.

President Lyndon B. Johnson signed the Civil Rights Act of 1964—legislation initiated by President John F. Kennedy before his assassination—into law on July 2 of that year.

King and other civil rights activists witnessed the signing. The law guaranteed equal employment for all, limited the use of voter literacy tests and allowed federal authorities to ensure public facilities were integrated.

On March 7, 1965, the civil rights movement in Alabama took an especially violent turn as 600 peaceful demonstrators participated in the Selma to Montgomery march to protest the killing of a black civil rights activist by a white police officer and encourage legislation to enforce the 15th amendment.

As they neared the Edmund Pettus Bridge, they were blocked by Alabama state and local police. Refusing to stand down, protestors moved forward and were viciously beaten and teargassed by police and dozens of protestors were hospitalized.

The entire incident was televised and became known as “Bloody Sunday.” Some activists wanted to retaliate with violence, but King pushed for nonviolent protests and eventually gained federal protection for another march.

It also allowed the attorney general to contest state and local poll taxes. As a result, poll taxes were later declared unconstitutional in Harper v. Virginia State Board of Elections in 1966.

The civil rights movement had tragic consequences for two of its leaders in the late 1960s. On February 21, 1965, former Nation of Islam leader and Organization of Afro-American Unity founder Malcolm X was assassinated at a rally.

The Fair Housing Act became law on April 11, 1968, just days after King’s assassination. It prevented housing discrimination based on race, sex, national origin and religion. It was also the last legislation enacted during the civil rights era.

The civil rights movement was an empowering yet precarious time for blacks in America. The efforts of civil rights activists and countless protestors of all races brought about legislation to end segregation, black voter suppression and discriminatory employment and housing practices.

Fact Check We strive for accuracy and fairness. But if you see something that doesn't look right, contact us! 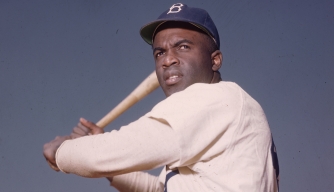 We know you love history. Sign up for more!

Subscribe for fascinating stories connecting the past to the present.

By submitting your information, you agree to receive emails from HISTORY and A+E Networks. You can opt out at any time. More details:

You will soon receive an activation email. Once you click on the link, you will be added to our list. If you do not receive this email, please contact us. To ensure delivery to your inbox, add us to your address book.

At this time we are unable to complete your subscription.
This email address has been previously opted out from receiving any emails from A+E Networks. If you changed your mind, please contact us and indicate that you would like to subscribe to HISTORY emails.

If you completed your subscription and still have not received an email, please contact us.

At this time we are unable to complete your subscription.
This email address has been previously opted out from receiving any emails from A+E Networks. If you changed your mind, please contact us and indicate that you would like to subscribe to HISTORY emails.

You will soon receive an email with a direct link to your profile, where you can update your preferences.If you do not receive this email, please contact us.