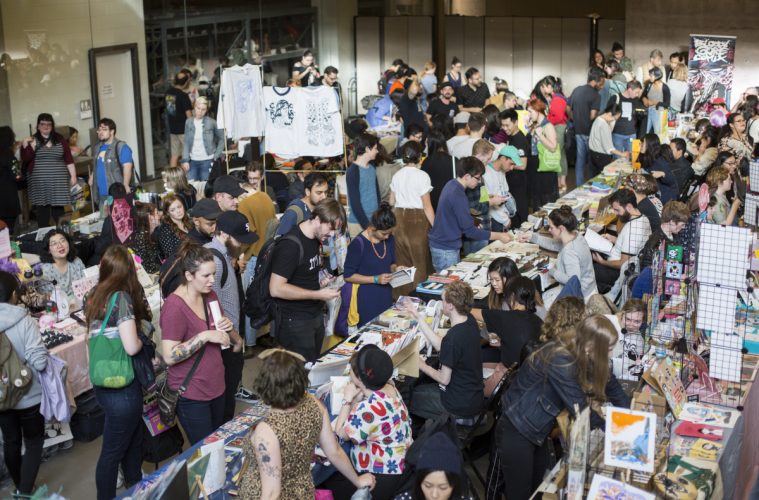 Welcome to our collection of zine fairs, festivals, DIY and small press related events. If you know of a zine or small press fair that should be on out list, email editor@brokenpencil.com

Kazoo! Zine and Comic Expo (Guelph) – Organized by Kazoo!, An artist-run organization based in Guelph, dedicated to showcasing the work of independent artists and zinesters. (Facebook)

OCAD U Zine Fair  (Toronto) – An annual zine fair run by OCAD U for students to showcase zines, buttons, comics, and t-shirts that they’ve made.

Zine Librarian (un)Conference – An annual conference for zine librarians to meet and discuss DIY and zine archiving. This event is held in a different American city and state each year. (Facebook)

East Bay Alternative Book and Zine Fest (Berkeley) – In 2010, two Bay Area writers/zinesters decided it was time the East Bay had its own indie media celebration modeled on the amazing work people were doing in San Francisco and Portland. Tomas Moniz and MK Chavez organized the first East Bay Alternative Press Book Fair. It was a wonderful experience and a huge success, bringing over 50 participants into Berkeley City College. In 2011, Brooke Appler created the flyer and helped organize the event. Again the tables went quickly, with over 60 vendors and artists participating, and attendance doubled. In 2012, Tomas teamed up with the amazing Rock Paper Scissors Collective. Collective member Ara and volunteers Jamie, Olivia, and Crystal helped the event grow to new heights! That year also came with a new name: East Bay Alternative Book and Zine Festival, or EBABZ (say, “e-babes,”) Fest for short.

Long Beach Zine Fest (California) – The Long Beach Zine Fest is a one‐day public event promoting zines and independent publishing, with more than 100 writers, artists, photographers, activists, and DIY advocates showcasing and selling their work and celebrating the power of print as an artistic and cultural medium. (Facebook)

SD Zine Fest (San Diego) – An annual event for zine makers and zine lovers in and around the San Diego area. (Facebook)

ZineMelt at Meltdown Comics (Los Angeles) – A zine show presented by Meltdown Comics in Hollywood. ZineMelt is a place for zinesters and DIY enthusiasts to meet and sell some stuff.

Daddy Kool Zine Fest (Saint Petersburg) – Do you read? Do you write? Do you live in or around St. Petersburg? Well then, welcome to Keep St. Pete Lit, where we celebrate and promote the area’s literary community. Whether you’re a writer, a reader or just love the arts, we want you to help us Keep St. Pete Lit. Read and Write on, my friend! (Facebook)

Atlanta Zine Fest (Atlanta) – AZF is an annual conference celebrating DIY and handmade media. We feature a wildly diverse selection of panelists, guest speakers, workshops and vendors. In 2013, the first AZF culled more than 300 attendees, 25 vendors, and 21 speakers/workshop facilitators. In 2015, we had an even greater turnout, nearly doubling our average attendees and vendors, and we were given Creative Loafing‘s Best of 2015 Award! (Facebook).

Savannah Zine Fest (Savannah) — The Savannah Zine Fest brings together DIY enthusiasts, zine-makers and independent publishers for a day of selling, buying and trading. SZF aims to provide an outlet for zinesters and underground publishers to showcase their work and find inspiration among the DIY community of the Southeast.

CAKE Chicago Alternative Comics Expo (Chicago) –  [CAKE] is a weekend-long celebration of independent comics, inspired by Chicago’s rich legacy as home to many of underground and alternative comics’ most talented artists– past, present and future. Featuring comics for sale, workshops, exhibitions, panel discussions and more. (Facebook)

Chicago Zine Fest (Chicago) – An annual two-day event celebrating the talents of Zinester and DIY publishing from Chicago and beyond. (Facebook)

Underground Lit Fest (Michigan City) – First annual 2017 Lit fest in Michaigan presented by The Literary Underground. Local and regional authors and publishers will be joined by their fellows traveling from across the nation to present and revel in contemporary literature during the three day festival including a book and zine fair and readings. (Facebook)

Minnesota
Twin Cities Zinefest (Minneapolis) – A celebration of DIY culture showcasing the best the Midwest has to offer. (Facebook)

Brooklyn Zine Fest (Brooklyn) — An expo of self-published zines showcasing writers, artists, and publishers from New York and around the world. (Facebook)

NYC Anarchist Book Fair (NYC) – The NYC Anarchist Book Fair is free to the public. It provides a safe space for activists to meet and organize and where the anarcho-curious can get informed about a movement against capitalism and the State that is central to many of the most important political and cultural currents of our time. (Facebook)

Paper Jam Festival (Brooklyn) —Paper Jam will bring together a selection of local up and coming small press artists and cross pollinate their work with the arts and music scene of the Silent Barn. Paper Jam is fully curated by: Robin Enrico, Paige K. Bradley, G.W. Duncanson, and Nina Mashurova. (Facebook)

Zine and Self Published Book Fair by CCNY (New York) – An annual event by Baxter St. at the Camera Club of New York for artists to showcase their homemade zines and books. (Facebook)

Zine Feast (NYC) – Zinefeast has two goals: 1) Profit the artists. 2) Promote emerging/ student artists. SUNY Purchase has the unique opportunity to provide a space for artists to display and sell their work for free. Costs are covered by mandatory student activity fees, which have been allocated to student-run campus organizations. (Facebook)

Press Fest Austin (Austin) – Press Fest Austin is an event created to share zines of all kinds with you! Come check out unique, self-published magazines and books by independent artists and collectives, as well as enjoy free beverages. (Facebook)

RevelCon (Houston) – RevelCon is THE only fan-fun relax-a-con / zinefest in the Southwest. It’s a full weekend of vids, panels, art, zines, merchandise, food, friends, fun and frolic! We are a bi-fictional con catering to both gen and slash fans. (Facebook)

Richmind Zine Fest (Richmond) – The Richmond Zine Fest is an annual event at which local and national (and perhaps even international if we’re so lucky) zine-makers can gather to sell and trade their zines and network with other people in the zine community. (Facebook)

DC Zine Fest (DC) – The DC Zinefest is an independent event organized to provide a space for zine makers, self-published artists and writers to share their work with each other and the Washington D.C. community. (Facebook)

Olympia Zine Fest (Olympia) – Over the years, creative citizens of Olympia have produced a smorgasbord of seminal music and art festivals, including Yo Yo A Go Go, Ladyfest, Homo A GoGo, the International Pop Underground Convention, Gender Jam, the Olympia Experimental Music Festival, the Oly Old Time Festival and the Olympia Comics Festival. (Facebook)

Short Run Comix and Arts Fest (Seattle) – Short Run focuses on the medium of comics as a coalescence of art and literature. We believe in the intimate experience of holding a book in your hands. That’s why we highlight artists from the Pacific Northwest and around the world who make indie comix and self-published, small press, and handmade books of all kinds. We want to ensure that Seattle is considered a destination for small press artists, and a percolator of comics genius. (Facebook)

Australia
Festival of the Photocopier (Melbourne) — Organized by the Sticky Institute, this four day event celebrates zine culture in Melbourne and ends with a zine fair at Melbourne Town Hall. (Facebook)

Other Worlds Zine Fair (Sydney) – A zine event that aims to support and unite zine makers and DIY enthusiasts. (Facebook)

Cultures Maison (Brussels) – Cultures Maison is a festival dedicated to the publishing and distribution of comic strips and graphic and narrative works. Since 2010 the festival is held once a year at the Maison des Cultures in Saint-Gilles, Brussels. (Facebook)

CPH Zine Fest (Copenhagen) – CPH Zine Fest is a two-day DIY festival that celebrates zines and small-press. The festival takes place at Ungdomshuset and admission as well as tabling is free, always! (Facebook)

Zine Camp Festival (Rotterdam) – WORM, PrintRoom and ReKult present Zine Camp, an open workspace connecting like-minded zinesters and newbies from Rotterdam to national/international zinesters and newbies. The aim is to make zines* together, but also to provide a space and place to socialize and collaborate in an attempt to discover and foster a growing community of zine-makers in the NL. (Facebook)

Grafixx Zine Fest (Berlin) —GRAFIXX is a yearly festival filled with lectures, performances, exhibitions and Antwerp’s one and only zine fest. Villanella collaborates with Huis Haas to invite the most exciting graphic artists and independent publishers to DE Studio in Antwerp.(Facebook)

Monstre Festival (Geneva) – The most beautiful festival of silkscreen and micro-edition of the world, in Geneva, the weekend of mid-November of the current year. (Facebook)

UK
Bristol Comic and Zine Fair (Bristol) — A celebration of DIY and independent publishing in the UK. (Facebook) 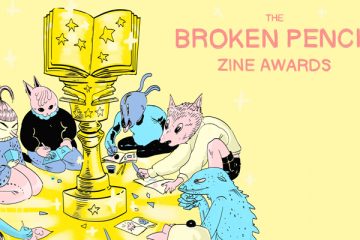 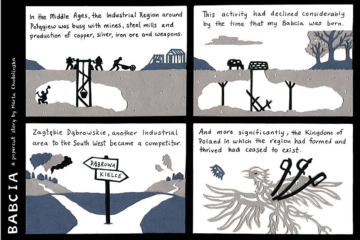 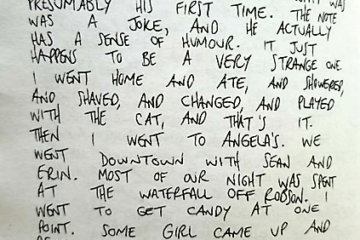 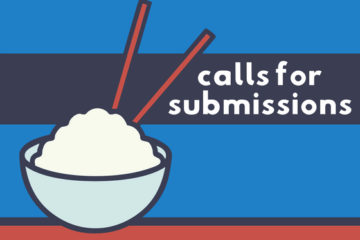 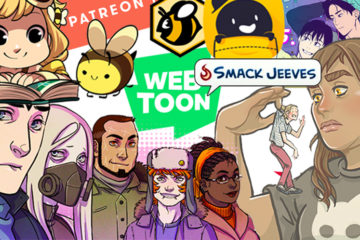 The Brave New World Of Webcomics: Making Sense of Platforms, Publishers, and a Snowballing Popularity

Hello and welcome! Our website is updated daily, and our magazine comes out 4 times a year. We are the world's only magazine and website devoted to zines, comics and the underground print revolution.

To start, enjoy 4 free reads! After that, please support us! Subscriptions to the magazine and all access to the website can be purchased for less than $2 a month. Become a zine hero and help us champion the truly independent press!