Kneel before Cate Blanchett in this Thor: Ragnarok teaser 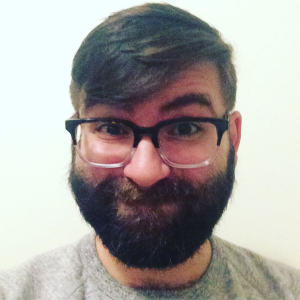 Kneel for your queen. Cate Blanchett is Hela in #ThorRagnarok. See the film in theatres November 3. #Helaween pic.twitter.com/5Rzp0YzLXi

We know we’re not supposed to root for the other team, but Cate Blanchett is serving queen-of-darkness realness in the new behind-the-scenes featurette for Thor: Ragnarok.

As Hela, the Goddess of Death, the Oscar winner becomes “the first female villain that we’ve had in a Marvel film,” says director Taika Waititi, and Blanchett looks like she’s having a fabulous time as the trailblazing antagonist. “Some of the happiest times have been beating people up,” the Carol actress says in the video. “I’ve really enjoyed it. It’s like, ‘I don’t have to speak today, I can just throw axes into someone’s gut. It’s been good.”

The new footage shows her doing just that as she attempts to rebuild Asgard in her image. We see her standing beside her “smart boy,” Karl Urban’s Skurge; commanding Thor (Chris Hemsworth) and Loki (Tom Hiddleston) to kneel before their queen; and having it out with the thundering Avenger in his throne room.

For Blanchett, the best villains are ones that “you love and hate what they do but you sort of understand it.” For Hela, “she wants to come back home and be accepted, and she wants what’s hers,” Waititi explains.

Thor: Ragnarok sees Hela destroying Thor’s signature weapon, Mjolnir, and hurling him through space to the planet Sakaar, where he’s forced to fight in a gladiatorial arena with his “friend from work,” Hulk (Mark Ruffalo). He’s then forced to form his own “Revengers” team, including Tessa Thompson’s Valkyrie, to take back his home.

The film — which also features Idris Elba as Heimdall, Jeff Goldblum as The Grandmaster, and Benedict Cumberbatch as Doctor Strange — will Ragna-rock theaters beginning Nov. 3. Watch the new featurette above.