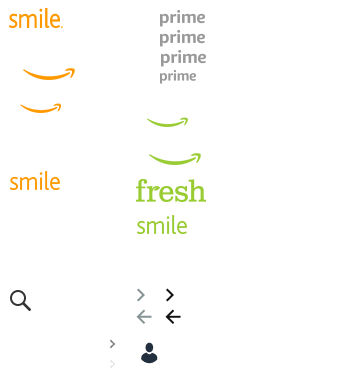 NO_CONTENT_IN_FEATURE
Tell the Publisher!
I'd like to read this book on Kindle

Catherine
5.0 out of 5 starsWhat an excellent trade of the first four Unstoppable Wasp issues PLUS ...
September 21, 2017
Format: Paperback|Verified Purchase
What an excellent trade of the first four Unstoppable Wasp issues PLUS an All New, All Different Avengers! I really looked forward to reading this comic once a month. In a world full of dark and brooding superheros, Nadia's pep and vim was the dose of positivity I needed. I had never previously read much about any of the Pym family members before, but Whitley's heartfelt storytelling drew me in and made me fall in love with Nadia's life in the Red Room and then in forming her group of all girl scientists. I was really inspired by the interviews with actual women scientists in the back of each issue and can't imagine how big of an impact it would have had on my life as kid.

I highly recommend this series, anyone child or adult, who loves superheros or science will have a blast!

Ballantyne9k
5.0 out of 5 starsA great book for everyone in your classroom!
October 1, 2017
Format: Paperback|Verified Purchase
As a teacher and parent I’m so grateful for this book. I wish they had kept the run going longer. This is such a great STEM book that is fun to read, inclusive and inspiring. The representation in both volumes is fantastic! This is a must own.
Read more
Helpful
Not Helpful
|Comment|Report abuse

Mordechai Luchins
5.0 out of 5 starsThe Sensational Character Find of 2017
November 8, 2017
Format: Paperback|Verified Purchase
I was not expecting to love Nadia. I'm a Jeremy Whitley fan from Princeless, but the idea of revealing Hank Pym's first wife had a baby who was raised by the Red Room (the program that made the Black Widow) seemed so out there.

I should have trusted his writing.

Jeremy's Nadia is far from a brooding spy or abused victim. She's a delightful genius. Her interactions with Mockingbird in the first issue locked me in. I devoured every issue and pre-ordered this trade the first day I could. The art and story are great.

I just wish Marvel had been able to keep it going.

David R. Slayton
5.0 out of 5 starsI loved this comic
November 9, 2017
Format: Paperback|Verified Purchase
An absolute ray of science-based sunshine. I loved this comic. Upbeat, heroic, and just fun. It also did a great job of poking around obscure parts of the marvel universe, like how Mockingbird is a scientist (not just Hawkeye's ex-wife). I loved it and can't wait for vol 2.
Read more
Helpful
Not Helpful
|Comment|Report abuse

Steph C
5.0 out of 5 starsSuper!
January 9, 2018
Format: Paperback|Verified Purchase
I heard this described as "Kimmy Schmidt as a superhero", and that's...pretty close, actually. A complete delight from start to finish.
Read more
Helpful
Not Helpful
|Comment|Report abuse

Johanna Draper Carlson
5.0 out of 5 starsTons of superhero fun and inspiration!
September 12, 2017
Format: Paperback
The Unstoppable Wasp is a new take on the shrinking superhero that emphasizes science for girls. The new wasp is Nadia, the previously unknown daughter of Hank Pym, inventor of size-changing particles. She was raised in the Red Room by the same nefarious group that trained assassins such as the Black Widow, but when they discovered her scientific skills, they wanted her to replicate her father’s work. She did — she can shrink herself or other objects — and then she escaped.

Now she’s going to change the world by forming G.I.R.L., Genius In (Action) Research Labs and recruit other “lady adventure scientists”, brilliant and creative girls who have been overlooked because of their gender. Aided by Jarvis, her first stop is Moon Girl, but she also meets Taina, a roboticist; Lashayla, a physicist working on a teleporter; Priya, a geneticist; and rediscovers long-lost friend Ying, another Red Room trainee. (They’re also all women of color, and Taina is a wheelchair user.)

Writer Jeremy Whitley (Princeless) plays up Nadia’s foreignness, making humor out of her lack of knowledge of smoothies or landline phones or The Empire Strikes Back. I’m a sucker for “naive fish out of water” stories, and it provides an interesting undercurrent to her immense powers and intellectual skills. He’s a relatively newer creator, so his efforts aren’t always as subtle as they need to be, but the intentions are well-chosen, and there’s plenty of humor (always a plus). He also does a great job weaving her into the Marvel universe.

Artist Elsa Charretier manages to cope with all the dialogue and still capture the characters with distinct body language. That’s good, because with a lot of science girls, they could quickly become interchangeable if they weren’t each so unique. And she does a terrific job with the crazy mess of creativity that makes up Nadia’s lab, where she’s got dozens of projects and experiments all going at the same time.

It’s rare to see a hero so aggressively friendly as Nadia, and I love that. And she gets so excited when she meets her heroes. She and Mockingbird team up in the first issue, and instead of being impressed by her superheroing, Nadia geeks out over her biology work, which is a side of Bobbi Morse not everyone remembers. (She’s more often defined by her relationships, mostly with Hawkeye.) That idea of generational mentoring is something we’ve seen before in comics, but not with women.

Although there’s plenty of action (and wacky fights, including a giant rat and a wrestling tag-team), Nadia tries to talk things through first if she can. She talks to everyone, and she knows some cool people. Ms. Marvel guest-stars in the first issue, and Nadia’s lawyer (cause she’s got to get that citizenship thing worked out) is Matt Murdock (whom she first calls Modok). (Review originally posted at ComicsWorthReading.com.)
Read more
One person found this helpful
Helpful
Not Helpful
|Comment|Report abuse
See all 17 reviews
Write a customer review

Fenrix
4.0 out of 5 starsFour Stars
This title is still finding its footing between Science! And Punching!
Published 1 month ago

Alex LaVelle
5.0 out of 5 starsOne of My Favorite Comics of 2017
The Unstoppable Wasp is a superhero comic, but not one about just punching villains. Instead, its hero Nadia looks to connect to people and to find constructive solutions to the...Read more
Published 9 months ago

Artsy_Lobster
5.0 out of 5 starsWhat a fun and adventurous ride!
For sure worth picking up. Like Coming to America but with a spunky highly trained science wiz superhero.Read more
Published 9 months ago

Amazon Customer
5.0 out of 5 starsDo yourself a favor and read this book (and then buy it for everyone you know!)
I would rate this 10 stars if I could. Unstoppable Wasp has secured a spot on my list of all-time favorite comics.Read more
Published 9 months ago

Page 1 of 1 Start overPage 1 of 1
This shopping feature will continue to load items. In order to navigate out of this carousel please use your heading shortcut key to navigate to the next or previous heading.
Back
Next
Pages with related products. See and discover other items: marvel 2017