More than nine-tenths of the population is Malagasy, which is divided into about 20 ethnic groups. The largest and most dominant of the groups is the Merina people, who are scattered throughout the island. The name Merina (Imerina) is said to mean Elevated People, deriving from the fact that they lived on the plateau. The second largest group is the Betsimisaraka (The Inseparable Multitude), who live generally in the east. The third most numerous group is the Betsileo (The Invincible Multitude), who inhabit the plateau around Fianarantsoa. Other important peoples are the Tsimihety (Those Who Do Not Cut Their Hair), the Sakalava (People of the Long Valley), the Antandroy (People of the Thorn Bush), the Tanala (People of the Forest), the Antaimoro (People of the Banks), and the Bara (a name of uncertain origin). Smaller groups are the Antanosy (People of the Island), the Antaifasy (People of the Sand), the Sihanaka (People of the Lake), the Antakarana (People of the Rocks), the Betanimena (People of the Red Soil), who are now largely absorbed by the Merina, the Bezanozano (Those with Many-Braided Hair), and the Mahafaly (Those Who Make Taboos). These ethnic names do not stand for clear-cut cultural boundaries, for in many cases one group shades imperceptibly into another. Moreover, the conventional translations are by no means reliable, and most of the names themselves are of somewhat recent origin, probably crystallized and rigidified by the exigencies of colonial administration more than by the realities of indigenous culture. In many cases these people represent endogamous and often non-unilinear descent groups.

Most inhabitants of Madagascar speak Malagasy, the national language, which is written in the Latin alphabet. Although Madagascar is located geographically close to Bantu-speaking Africa, Malagasy is a standardized version of Merina, an Austronesian language. Nevertheless, there are a number of Bantu words in the language, as well as some phonetic and grammatical modifiers of Bantu origin. There exist numerous local variations of Malagasy, all of which are mutually intelligible, and Bantu elements, which exist in every dialect, appear to have been established for some time. French is also widely spoken and is officially recognized. It is used as a medium of instruction, especially in the upper grade levels, as is Malagasy. English is also spoken and its use has increased. Comorian is spoken among a sizable community of immigrants from Comoros.

Some two-fifths of the population practices traditional religion, which is based upon ancestor worship. The dead are buried in tombs and are believed to reward or punish the living. There is a supreme being called Zanahary (the Creator) or Andriamanitra (the Fragrant One). There is also a belief in local spirits, and a complex system of taboos constrains traditional Malagasy life.

Almost half of the population is Christian, with more than one-fourth of the population adherent to Protestantism and about one-fifth to Roman Catholicism. Conversion to Christianity has not eliminated the observation of traditional religious rites, however, particularly those involving the dead. A community of Sunni Muslims is found in the northwest.

Despite the importance of intensive rice cultivation, the land is used primarily for pastoral purposes. Cattle are kept in all parts of the island; although fewer are found in the dense forest areas of the eastern escarpment, elsewhere pastoralism predominates, most often in coexistence with the cultivation of subsistence crops. On the plateau the valley floors and irrigable slopes are mainly used for growing rice. The forest peoples traditionally grew hill rice, after cutting and burning the forest; this practice continues, although it is discouraged by the government, which promotes the establishment of permanent irrigated rice fields.

The older villages of the Merina and Betsileo were often perched on hilltops and defended by huge ditches. Today, villages have been rebuilt on lower ground, and hamlets and homesteads are scattered over the landscape. On the plateau, cattle enclosures are built of stone walls; the landscape is also dotted with funerary monuments, which take the form of beautifully carved wooden posts.

Small towns began to develop at the administrative centres of the island’s several kingdoms at least by the 18th century. Antananarivo, Fianarantsoa, and Toamasina, three of Madagascar’s oldest cities, predate French rule. The most populous cities are Antananarivo, in the central plateau; Mahajanga (formerly Majunga), on the northwest coast; Fianarantsoa, in the southern plateau; Toamasina (formerly Tamatave), on the east coast; Antsiranana, in the north; Toliara, in the southwest; and Antsirabe, south of Antananarivo, mainly a tourist centre. Antananarivo is by far the most populous of these; perched on two precipitous mountain ridges, the old part of the city is dominated by the ruins of the Queen’s Palace (Manjakamiadana) and has an extremely picturesque, almost medieval appearance. Owing to internal migration, most cities are composed of a mixture of ethnic groups, although people from the same areas of the island tend to settle in the same neighbourhoods; immigrants, such as those from Comoros, follow a similar pattern.

The major foreign communities are French, Comorian, Indian and Pakistani, and Chinese, although emigration in the late 20th century significantly reduced their populations. There has been no significant emigration of Malagasy peoples abroad.

The eastern part of the central plateau is the region of highest population density and contains almost all the major cities and towns. The eastern coastal plain has the second highest density. The eastern forest zone and the northeastern coast rank as the next most densely populated regions. Most of the western two-thirds of the country is sparsely inhabited.

Malagasy society was traditionally divided into three heredity-based classes—the nobles, the freemen, and the former slaves and their descendants. These social distinctions are no longer strict and are manifest only on ceremonial occasions, such as weddings and funerals. They do, however, form the basis of other economic and social distinctions. During the 19th century the Merina elite conquered the island, established themselves as rulers, and adopted Protestant Christianity; in the late 1800s some became Roman Catholics. Under French rule in the 20th century, the Merina retained their supremacy in education, business, and the professions, while the remainder of the population retained its sense of “difference” from the dominant peoples, and some adopted Roman Catholicism.

A further distinction is made between the peoples of the plateau and those of the coast. The coastal peoples, who are called côtiers, long felt deprived of the education, power, and wealth that is concentrated on the plateau. Since independence the government has been composed primarily of côtiers, and a conscious effort has been made to keep the Merina elite of the plateau from power. One of the difficulties of the government of Pres. Albert Zafy (1993–96) was that it was dominated by Merina, thereby tipping the delicate balance established under previous regimes. The move toward federalism, begun with the constitutional revision of 1998, was in part the result of the desire to reduce the powers of the central government, should this situation arise again.

Before 1972 the government had established producers’ cooperatives, which collected and processed most of the rice crop (at prices that were bitterly resented by the peasants); state farms, intended to increase the commercial production of rice, cattle, coffee, oil palm, cotton, and silk; a rural development program; and a national consumers’ cooperative with retail shops located in most towns.

The control of Madagascar’s economy by France, which had received nearly half of the island’s exports and supplied more than half of its imports, ended with the changes in government that occurred during the turbulent years of 1972–75. Whereas currency, banking, finance, loans, and economic planning had been influenced by accords with France and by French personnel in government, commerce, and technical assistance, the emergent military regime replaced the already constrained free-trade economy with one whose goal was to achieve “a socialist paradise under divine protection” by the year 2000. Nationalization made state corporations out of foreign firms, transforming the five French banks into three state banks for agriculture, industry, and trade. In addition, foreign insurance companies were converted into two state insurance corporations, and state monopolies were formed for import-export trading and shipping and for the textile, cotton, and power industries, as well as for the new agencies created for the extension of irrigation.

The economy responded with a relentless decline. Exports fell, inflation rose, and debt was significantly expanded. Debt services took more than half of the country’s export earnings, and imports nearly ceased for lack of foreign exchange. Industrial production fell to a quarter of the 1975 level, and foreign investment declined to almost nothing, while devaluation deeply reduced the value of the Malagasy franc. Under these adverse conditions the country’s infrastructure and social services deteriorated greatly. The rural population was reduced to subsistence levels, bartering with cattle and bags of paddy. Bankrupt by 1982, the country was forced to adopt a program of structural adjustment imposed by the International Monetary Fund (IMF) and face a humiliating turnabout to re-liberalize the economy. Abolition of the state monopolies was accepted, and any state enterprise that could not pay its way was threatened with privatization. Private business took years to regain any confidence, however.

The relationship with the IMF and the World Bank continued to be crucial to the Malagasy economy and important in its politics. Although Pres. Didier Ratsiraka (1976–93, 1997–2002) agreed to begin the process of privatization of state-controlled industries and enterprises in the 1980s, he did so slowly, and often to the benefit of those with political connections. Relations with the international financial institutions became even more difficult in the period immediately before and during Zafy’s period in office. Aid had been suspended in 1991, and, unwilling or unable to accept the IMF’s conditions for the resumption of aid, Zafy unsuccessfully sought private sources of investment. Zafy’s impeachment in 1996 led to the creation of an interim government that was able to reach agreement with the IMF, and the subsequent return of Ratsiraka, newly converted to the free market, was greeted with satisfaction. Programs initiated under the presidency of Marc Ravalomanana were also well received, and in 2004 the IMF and World Bank announced that about half of Madagascar’s debt was to be written off.

We welcome suggested improvements to any of our articles. You can make it easier for us to review and, hopefully, publish your contribution by keeping a few points in mind.

Your contribution may be further edited by our staff, and its publication is subject to our final approval. Unfortunately, our editorial approach may not be able to accommodate all contributions.

Thank You for Your Contribution!

Our editors will review what you've submitted, and if it meets our criteria, we'll add it to the article.

Please note that our editors may make some formatting changes or correct spelling or grammatical errors, and may also contact you if any clarifications are needed.

There was a problem with your submission. Please try again later. 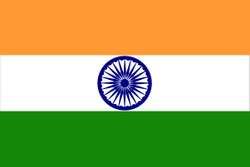 India
India, country that occupies the greater part of South Asia. It is a constitutional republic consisting…
Read this Article 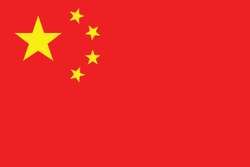 China
China, country of East Asia. It is the largest of all Asian countries and has the largest population…
Read this Article

Canada
Canada, second largest country in the world in area (after Russia), occupying roughly the northern two-fifths…
Read this Article

Our editors will review what you’ve submitted and determine whether to revise the article.