BREAKING NEWS
Tap here to turn on desktop notifications to get the news sent straight to you.

President Donald Trump said he’s “sad to see” Confederate statues and monuments being taken down around the United States.

Sad to see the history and culture of our great country being ripped apart with the removal of our beautiful statues and monuments. You.....

...can't change history, but you can learn from it. Robert E Lee, Stonewall Jackson - who's next, Washington, Jefferson? So foolish! Also...

...the beauty that is being taken out of our cities, towns and parks will be greatly missed and never able to be comparably replaced!

Confederate memorials are being removed around the U.S. after a white supremacist protest to protect a statue of Robert E. Lee in Charlottesville, Virginia, turned into a weekend of racist violence in which one woman was killed.

According to USA Today, there are more than 700 Confederate monuments installed in public areas across 31 states. Washington, D.C.; Lexington, Kentucky; Memphis, Tennessee; Birmingham, Alabama; and other places are taking steps to remove their monuments.

Trump previously expressed worry about the removal of these statues during an unhinged press conference on Tuesday.

“You really do have to ask yourself, where does it stop?” Trump asked.

His tweets on the issue came after White House chief strategist Steve Bannon told The New York Times he thought Trump could win a battle with “the left” over the statues, arguing Trump’s rhetoric “connects with the American people about their history, culture and traditions.”

“The race-identity politics of the left wants to say it’s all racist,” Bannon said. “Just give me more. Tear down more statues. Say the revolution is coming. I can’t get enough of it.”

Do you have information you want to share with HuffPost? Here’s how.

Donald Trump 'Sad To See' Confederate Monuments Being Taken Down 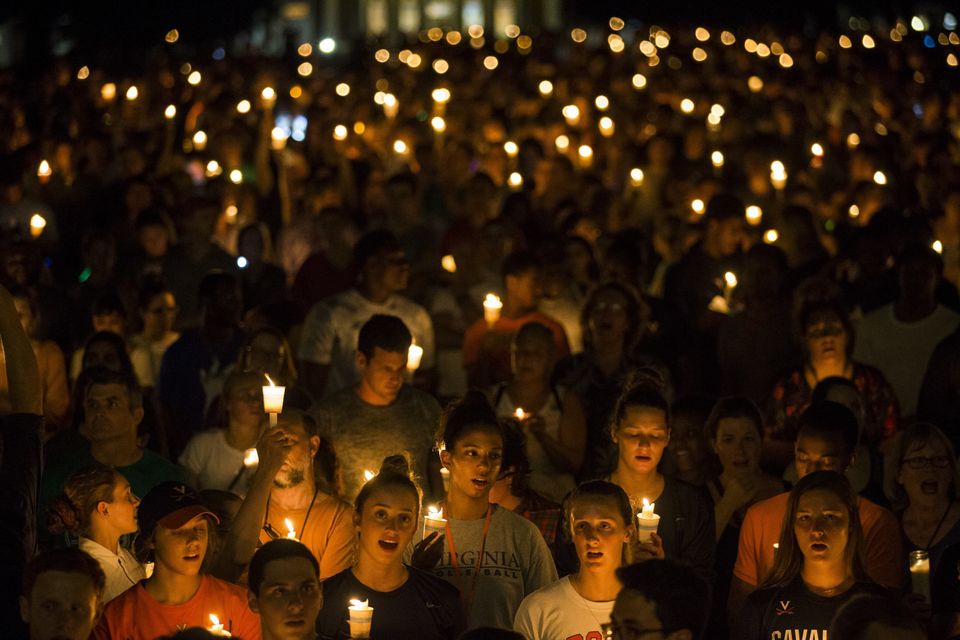 Candlelight Vigil At UVA
1 / 12
On Aug. 16, 2017, demonstrators with candles march along the path that white supremacists took days earlier&nbsp;with torches on the University of Virginia campus in Charlottesville.
Samuel Corum/Anadolu Agency/Getty Images