GQ
Get Out Star Daniel Kaluuya: "I Resent That I Have to Prove I'm Black"
Facebook
Twitter
Email 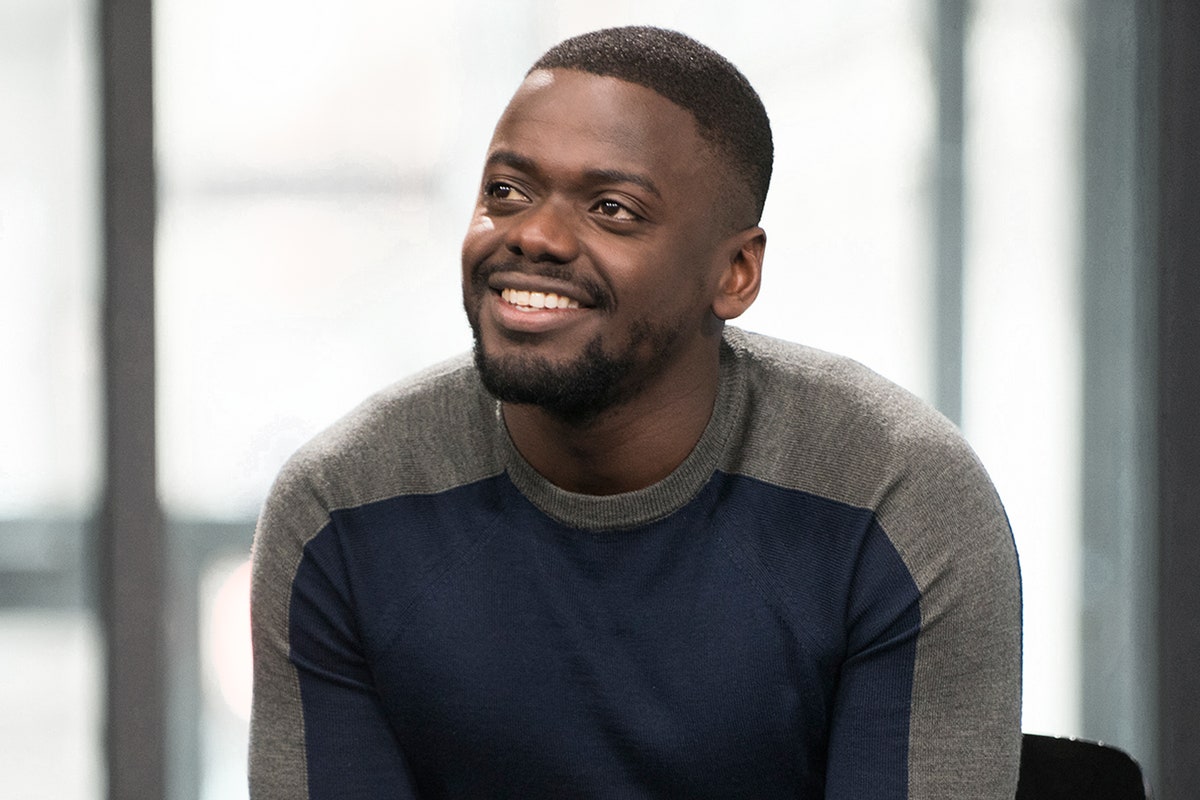 Get Out Star Daniel Kaluuya: "I Resent That I Have to Prove I'm Black"

Daniel Kaluuya is a busy man these days. The Skins and Black Mirror alum is fresh off of starring in Get Out, which just crossed the $100 million dollar revenue line this past weekend (after costing $5 million to make). Critics and viewers alike are eating up Jordan Peele's feature debut about the real life horrors of racism, and it seemed only right to talk to the man at the center of the film.

We caught up with Kaluuya while he was enjoying a day off in Atlanta and got into a wide-ranging conversation about what it means to be black in the western world, drawing on (or not drawing on) life experiences, and of course, Black Panther.

(This conversation has been lightly edited, so as you're reading, imagine an extra heaping of "fucks"—especially when being black in Lithuania finds its way into the conversation.)

Get Out subverts so many tropes of the horror genre. When you were prepping for the movie, were you watching any older horror films? Or were you drawing on your personal experiences?
I was working from my life experiences. I find it hard to watch a lot of the kind of things I'm doing before doing it—I don't think it's helpful for me. It makes me too aware. What I really liked about [Get Out] is that it felt real. The grounded humanity of it is refreshing for the genre. It feels like a real dude, it feels like a real relationship, it feels like a real dynamic, it feels like a real conflict. Like having to go see your girl's parents, and going "Aw, man…" Being weird about it, that feels real. So then the supernatural elements are grounded, the cinematic elements are grounded. That's what I'm aspiring to.

He [Chris] feels like an everyman. He's kind of like J. Cole. Chris is that guy that everyone knows, who has been in everyone's class at school. That good guy from around the area.

The whole structure of Get Out feels like racism—right from the beginning, it's these tiny micro-aggressions, just building. Were there any heavy memories in particular that you went back to?
I had a hyper version of that when I was 17. I was doing Skins and we went to Lithuania. It was like the party [scene in Get Out], but everywhere. In the fucking supermarket, just everywhere, everyone was like, "What the fuck are you?" There was one Saturday, and we went to a shopping center. It was packed, and I was like, "Yo guys, I'm going to get something to eat," and I was moving through this packed shopping center, and people were parting. I looked back and I felt like Moses! There was a fucking line, a parting line of white people, for me. It literally felt like some supernatural, fucked-up shit.

Now that's super extreme. But we live this. If you live in the Western world, it's not hard. I go into a fucking shop and I'm followed by a security guard. Since I was 12. I don't have to look for it. It finds me.

"People say, 'You're too black.' Then I come to America and they say, 'You're not black enough.' I go to Uganda, I can't speak the language. In India, I'm black. In the black community, I'm dark-skinned. In America, I'm British."

Even all of these interviews I'm doing! A bunch of people going, "What's it like for a black actor?" That's some racist shit! And a really weird fucking question. But because that's common, people are desensitized to it. Sometimes I hear at an audition that they're trying to go 'ethnic.' You're getting singled out for the color of your skin, but not the content of your spirit, and that's everywhere. That's my whole life, being seen as "other." Not fitting in, in Uganda, not Britain, not America. They just highlight whatever feature they want.

That's the truth. That first-level critique of Get Out understands that it's calling attention to racism, but it's really about all of the subtleties, these aggregate small experiences.
A lot of times it's coming from a good place, too, though. That's where it gets complicated. You have to be in their shoes and your shoes. They have that privilege of just being in their shoes, seeing things the way they see it.

On that note, Samuel L. Jackson made the critique that your experience may not relate to the black American experience. You've addressed in other interviews that there are many shared experiences between people of color, but I'm curious about your thoughts on the differences and similarities between the UK and the U.S. on how race works.
Big up Samuel L. Jackson, because here's a guy who has broken down doors. He has done a lot so that we can do what we can do.

Here's the thing about that critique, though. I'm dark-skinned, bro. When I'm around black people I'm made to feel "other" because I'm dark-skinned. I've had to wrestle with that, with people going "You're too black." Then I come to America and they say, "You're not black enough." I go to Uganda, I can't speak the language. In India, I'm black. In the black community, I'm dark-skinned. In America, I'm British. Bro!

[Black people in the UK], the people who are the reason I'm even about to have a career, had to live in a time where they went looking for housing and signs would say, "NO IRISH. NO DOGS. NO BLACKS." That's reality. Police would round up all these black people, get them in the back of a van, and wrap them in blankets so their bruises wouldn't show when they beat them. That's the history that London has gone through. The Brixton riots, the Tottenham riots, the 2011 riots, because black people were being killed by police. That's what's happening in London. But it's not in the mainstream media. Those stories aren't out there like that. So people get an idea of what they might think the experience is.

"This is the frustrating thing, bro—in order to prove that I can play this role, I have to open up about the trauma that I've experienced as a black person."

Let me say, I'm not trying to culture-vulture the thing. I empathize. That script spoke to me. I've been to Ugandan weddings, and funerals, and seen that cousin bring a white girl. That's a thing in all communities. I really respect African American people. I just want to tell black stories.

This is the frustrating thing, bro—in order to prove that I can play this role, I have to open up about the trauma that I've experienced as a black person. I have to show off my struggle so that people accept that I'm black. No matter that every single room I go to I'm usually the darkest person there. You know what I'm saying? I kind of resent that mentality. I'm just an individual. You probably feel that as a writer, too. Just because you're black, you get taken and used to represent something. It mirrors what happens in the film.

I resent that I have to prove that I'm black. I don't know what that is. I'm still processing it.

Black isn't just a blanket word too, as we're talking about. It's such a wide spectrum of experiences.
Even people who say that black people are minorities, there are a billion black people in the world. A billion white people. What part of that is a minority? If you separate yourself, then maybe. But I see black people as one man. When I see people beaten on the streets of America, that hurts me. I feel that.

But this is my first lead role in a film ever. I guess that's what happens when things resonate.

Right. For so many people, racism, sexism, and homophobia are some of the scariest things you come across in your life. It's unreal that it took this long to finally make a movie about real fears, and some people are still getting past that.
I just don't want it to go away from the message of the film, and that Jordan has done this. We've got to support him, we've got to rise. I'd rather it be about the film than about me, or my accent, where I'm from, because that's not what it's about. There's a message in this thing. There's a black writer and director that has written a film that is critically acclaimed, and now is commercially profitable. Yet we're trying to separate ourselves again? There's enough to deal with. But we just keep at it. It's all good.

Unrelated question: What're you listening to these days?
I'm listening to Stormzy's new album. J-Hus is amazing, Giggs is tough. Childish Gambino's new album is hard. Raleigh Ritchie, a lot of UK music. I think it's a really exciting place right now. Donae'O has a song, "Black," with JME and Dizzee Rascal that's an anthem. I think "Redbone" is one of those tracks. It's such a classic. It's a timeless one.

And do you have any updates from Black Panther for us?
This is an African blockbuster, bruv. This is like Game of Thrones. This is crazy. And Ryan Coogler is just, man dem. He's like us! He's a normal dude, in a Golden State hat and a Tupac T-shirt directing the whole set. It's the most beautiful thing to see.

MoviePass, Which *Literally Ran Out of Money*, Is Now Making Its First Movie

Jim Carrey Is Getting His Own "Sitcom"… With Puppets and Swearing

Subscribe now and get a FREE weekender bag and the GQ Style Guide.