Start a Wiki
Advertisement
watch 02:49
Dark Souls 2: Cursed Trailer
Do you like this video?

The story of Dark Souls II is not directly connected to Dark Souls, though they are set in the same world.[3]

The game takes place in Drangleic, a once prosperous land under the rule of King Vendrick, which has fallen to ruin throughout the ages with the raging war between humans and giants, the sudden disappearance of the King, and a newfound abysmal plague. Like many others, the protagonist has come to the crumbling kingdom in search of a cure for their crippling affliction, the curse of the Undead.

Similar to the previous title, players customize the gender and physical features of their character, in addition to choosing a starting class, which determine the stats and equipment that the player begins with, and a starting gift. From a third-person perspective, players explore a continuous, open world that is roughly the same size as the original game, but with more freedom in how the player can progress.[4] Akin to the notorious difficulty of its predecessor, players are confronted by a persistently hostile environment with unrelenting enemies and bosses – death is a central theme. As enemies are defeated, souls are accumulated, acting as both a form of currency and means to increase attributes. Unlike the first game, however, the player can have a voice chat with other players in their world.

Pre-ordering Dark Souls II through either Gamestop or Amazon will allow the choice of two special editions:

Collector's Edition promotion
Add a photo to this gallery

The Lost Crowns is a three part DLC for Dark Souls II announced on June 4th, 2014. They were released episodically for the PS3, Xbox 360, and PC. The season pass will offer all three episodes for $25, or each episode can be bought separately for $9.99.

Scholar of the First Sin

In 2014, From Software announced the Scholar of the First Sin edition of Dark Souls II, which is a remaster of the game for Xbox One, PS4 and DirectX 11-compatible PCs. It was also released for PS3, Xbox 360 and DirectX 9-compatible PCs, but without the features of the current-generation console versions. In both releases, the Lost Crowns DLC trilogy is included. In addition to these, some of the new content (namely the Scholar of the First Sin NPC and some new item descriptions) was released as a free patch update for current owners of the game.

Dark Souls II: Scholar of the First Sin will include the three previously released DLC packs  - Crown of the Sunken King, Crown of the Old Iron King, and Crown of the Ivory King - along with additional features.

All versions of the game will include the following features (Existing Dark Souls II owners will receive a patch to implement these elements):

Xbox One, PS4, and DirectX 11 versions of the game will include the following features (in addition to those listed above): 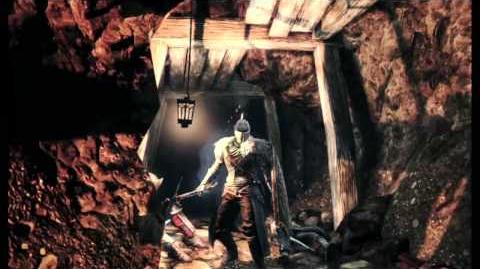 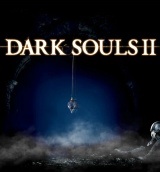 Early Promotional Image
Add a photo to this gallery 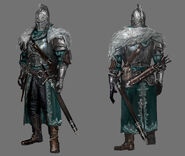 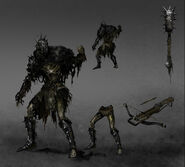 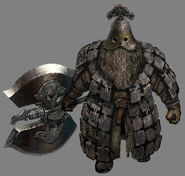